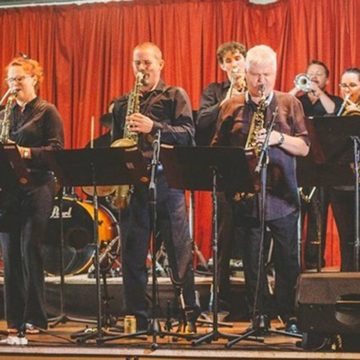 Early in 2015, an orchestra was pulled together to play for Proserpine State High School’s performance of the musical, ‘Oliver’. The musical was a huge success and rehearsals and performances allowed band members to forge friendships fuelled by their love of making music. After the show was done and dusted, it was disheartening to find that there was nowhere in the local area for jazz and big band enthusiasts to perform. This resulted in the formation of Whitsunday’s Big Band.

The band as it currently stands is comprised of ex professional musicians, music teachers, school teachers from three of the schools in the area and ex high school instrumental music students. Members travel from Mackay, Bowen, Midge Point, Proserpine, Cannonvale and Marian to rehearse once a month.

They enjoy the challenges of performing a variety of demanding pieces, as well as a lot of laughs and musical comradery along the way.