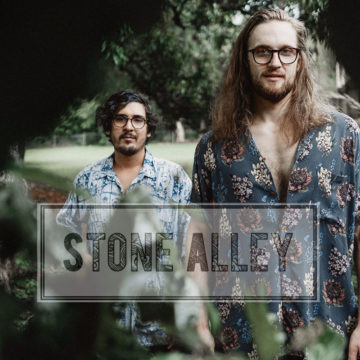 Stone Alley are a dynamic band from Cairns.

Stan Stone (Vocals, Guitar); moved to Cairns from Melbourne in 2011 and began gigging as a hired guitarist from the age of 15 years old, performing all throughout North Queensland at Weddings, Corporate Functions, Nightclubs, Bars, Pubs and everything above and beyond. Now 23, Stan is a full time musician in the region and has a portfolio of over 1,000 gigs.

After years of performing hits and entertaining audiences with classics, Stan pursued original music as a stepping stone and outlet for his artistry and experience.

Damion Jones (Vocals, Drums, Percussion); a born and bred Mareeba boy boasts an enriched upbringing of both Spanish and Aboriginal heritage, both of which offered him a landscape of musical influence from a young age, developing rhythm and finding his passion in drumming and percussion, but also, in songwriting.

After achieving success as a founding member of local Cairns Legends 'The Montgomery Brothers', Damion parted ways with the group and worked throughout the region as a hired drummer, also, playing Weddings, Corporate Functions, Nightclubs, Bars, Pubs and everything above and beyond.

Upon leaving 'The Montgomery Brothers', Stan and Damion (already friends) became well acquainted, frequently working together performing throughout the region. The boys built a strong friendship and formed their first band 'Revolver' (A blues trio), in which they built a sound and developed their creativity as artists.

Revolver progressed into what is now Stone Alley.

The boys have just dropped their Self-Titled, Self-Funded Debut Album, recorded at Big Sister Studios by Producer Mark Myers of Aria Winning Aussie Legends The Middle East, and are set to hit festivals throughout the country in the coming years.