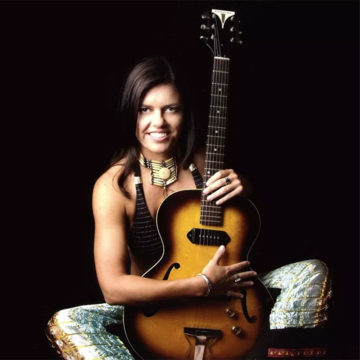 Niksta known as Nicole Keipert is a dedicated, talented & professional musician. She is not your average singer songwriter strumming a guitar or tickling the ivories. There’s a quiet yet tensile strength and diversity of musical palette that says she knows exactly who she is & what she’s worth. Her sound is traditional, appealing to a wide audience with her acoustically – based soulful resonance. Niksta has honed her style by gigging all of Australia, singing with her accoustic guitar, sometimes with a band to broaden the appeal from the Gympie Muster to busking at the golden guitar’s at Tamworth. Audiences have been picking up on Niksta’s honest delivery telling her stories in song.

Niksta was nominated in 2016 Australian Independent Music Awards in the category of Roots and Blues with her song “Stomp”. At Tamworth Country music festival 2017 she won the National talent quest for best female senior vocals in the Capital country music association awards.