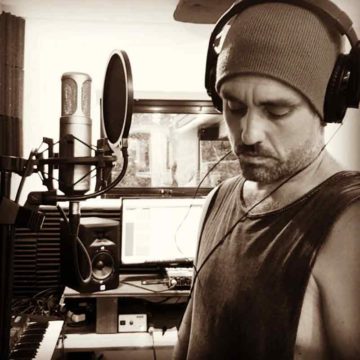 The Wollongong born Matty Rogers grew up inspired by listening to his Dad practising endlessly in the shed with his band. His timeless guitar skills, captivating voice and songwriting abilities have landed him in the spotlight of the Northern Rivers music scene. Now playing festival such as Falls Festival, Byron Bay Blues and Roots, Airlie Beach Festival of Music, Caloundra Rock n Blues, Tamworth Country Music Festival and many many more, Matty started his career through hard work and endless hours playing venues all around Australia.

He crafted his first album Soul Fire (2013) when he was living in a small country town in remote SA doing community work. Since then, he has gone on to release two more albums; Walk to the Water (2016) and Movin On (2017). His second album wove between hard-hitting songs touching on the struggles of living in a fast-paced, media-driven world (Walk to the Water) and more personal narratives speaking of his family's upbringing (Food on the Table).

So Cold won him a Best Male vocalist NCEIA Music Award and Walk to the Water won NCEIA Song of the year. For his third album, Movin On won him The NCEIA Best Male Vocalist Award. With this album he took a decidedly different direction, choosing to lean into a more stripped back raw acoustic album with a focus on love and family.