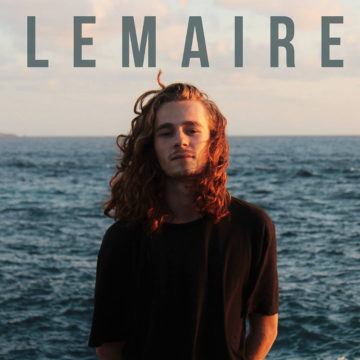 LEMAIRE is a singer/songwriter and rapper from the Northern NSW coastal town of Byron Bay. Honing his craft over years of street performances and pub gigs, LEMAIRE smoothly combines acoustic instrumentation with modern hip-hop and pop. Pairing catchy melodies with hip-hop verses allow LEMAIREâ€™s writing style to be one of originality, and modernity.

With over 6 years of performance under his belt, LEMAIRE began writing for local songwriting competitions at the age of 15. He was awarded 1st prize at the Lismore Young Songwriters Competition (2013), closely followed by a performance slot at The Byron Bay Bluesfest (2013).

Years later, LEMAIRE was awarded runner-up to Tay Oskee in the 2017 Bluesfest Busking Competitionâ€™, receiving a set at that years BluesFest. Since then, LEMAIRE has progressed both musically and lyrically. Through the use of a loop pedal, LEMAIRE creates a full-band like atmosphere at his solo shows.

This unique performance has caught the eye of promoters across the Byron Bay and Gold Coast music scene. LEMAIRE has been a support artist to acts such as Cloud Control, 'The Pierce Brothers, and Lisa Hunt, while also securing sets at local festivals such as ˜The Mullumbimby Music Festival and “Buskers By The Creek”.