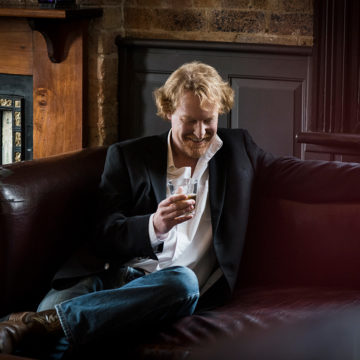 10:00am: Sorrento Restaurant and Bar

Wollongong singer/songwriter JAMES STEWART KEENE released his second studio album Charm Offensive in March 2017 to rave reviews and chart success. The album hit the ARIA Australian Country Artist Top 20 charts in its first week on sale. To add to it all, every single released off the album to date has charted on the Australia Country Tracks Top 40 airplay chart – an achievement that is quite remarkable.

James attributes the success of the album to a change of approach. Embarking on an album is no easy task for any artist. But all in all for James, having the right songs was king.

“I branched out more with different co-writers this time, with fantastic results”, James said. Co-writers on the new album include hit writer Allan Caswell, Nashville based Aussie Craig Morrison, as well as long time collaborator Steve McNaughton. James also contributes with some great songs of his own. He also selected material from American writers to help strengthen the album, as well as covering a song by well-known Australian writer Kelly Cork (The Rain).

The result is ten very strong tunes that fit nicely on any contemporary commercial country rock and adult contemporary radio formats, and engage listeners with catchy tunes and mature lyrics. The majority of the songs are stories about love and the album title Charm Offensive reflects the positive vibe and sound they convey overall.

Adding to the success achieved through the songwriting and song selection is a very professional approach to production with the help of great producers including Jay Collie, Rod Motbey, Matt Fell and Nashville’s Jason Garner.

“I’m very proud of this album. It brings together so many elements of my live sound and musical influences, but demonstrates that I can do more than just rock out. There are soft moments on this record and I love every song on it”, James said.

After all this success, James made a bold move into the world of film in 2018. He is currently writing and producing an Australian drama feature film with the help of trusted film industry partners. Expect a change of music direction, as he also puts his hand to paper to collaborate with some of Australia’s best names to write the soundtrack.

James has come along way since picking up his Christmas-gifted guitar at 8 years old and lessons from The Four Kinsmen guitarist Graham Wilson. To cutting his teeth playing Eagles and Neil Young songs around Wollongong as a teenager and learning how to write his own tunes. To years later walking away from music to have a family, only to have the passion ignited again from tertiary studies. To recording his own album. To signing a management deal. To having a hit album. To playing major festivals from Tamworth, Airlie Beach, to Great Keppel Island and to supporting big names like The Choirboys and The Radiators.