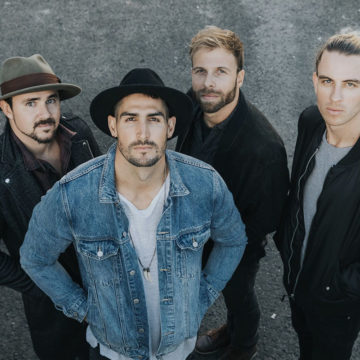 Flaskas are infectious in the way they command the stage; their unique sound is instantly earthy with a distinct Australian rhythm. Flaskas trademark sound is a re-imagining they call 'Earth Rock' an organic high-power blend of alternative world, coastal roots, blues and Indigenous music utilising various native instruments such as the Hawaiian Lap steel slide and the Australian Yadaki. Lead Singer 'Chris' has earned the reputation as an intellectual artist imparting positive messages a modern thinker with a tribal soul.

2018 saw Flaskas Release their debut album Kingdom Come a high powered, technical, yet sonically balanced collection of songs. Both singles off the album Afterglow & ˜Feeling The Rhythm have received amazing reviews being premiered on Triple J Roots & All with a live interview, MTV Australia traction and being aired on over 50 national & international radio stations and much more.

2019 will see the birth of Song Bird one of Flaskas greatest masterpieces to date. The movement has begun. Join the journey Flaskas is here!