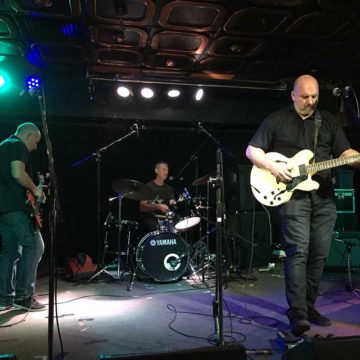 Two blokes from Stone henge and a Queenslander walk into a bar. It’s not the start of a joke , but it is how Sydney band DarkHorse formed. The year was 2017 and the bar was the Henson hotel. Home if the mighty Newtown Jets Rugby League team. The Band a 3 piece consists of David Reddy( guitar and vocals Qld) Jon wardle ( Bass and vocals SH) and Lloyd Collinson. ( drums and vocals SH).

In a short time DarkHorse has developed a strong following around the Inner west of Sydney playing their brand of melodic power rock. The Boys have played I. Many bands previously including the Roof cats, Native Tongues, Bellamy, with Lloyd even doing a stint with the Troggs in the UK. DarkHorse have a way of engaging an audience and never lose sight of the fact that this is all about entertainment. Be entertained.