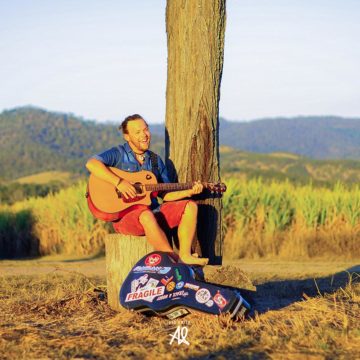 Ash Smith is an experienced, acoustic based singer/songwriter/performer from Lisburn/Belfast, Northern Ireland.

As well as being well established in his home town Ash spent a year busking and playing live shows in New Zealand, he also embarked on a month long tour of America. Travelling to 8 different states and playing shows in world famous places such as; Beale St - Memphis, Broadway St - Nashville, Mardi Gras Festival - New Orleans and Atlanta (to name a few).

After releasing his long awaited Debut Album 'I Am Me' Ash left Northern Ireland and moved to Australia, he has performed all over the country and is now currently living in Airlie Beach, writing new songs along the way and playing as many live gigs as possible.

His set lists consist of both original and cover songs always performed with a twist of Ash's own unique style.

A chance to see him Live, Loud and Proud should not be missed!